But not everyone likes that. Individual readers called on advertisers to boycott the newspaper in future.

For months now, critics of the measures in Switzerland have increasingly been getting their information from the Internet. The reason for this is simple: There are hardly any critical print newspapers left in this country that factually represent the voices of the civil rights movement.

But there are exceptions. The free newspaper Basel-Express recently caused a stir. Anyone who read the latest editions of the newspaper was astonished to discover that there are, after all, other views on the current corona crisis besides those of the Swiss government and the Federal Office of Public Health (FOPH).

Among those who have had their say in recent issues of the free newspaper are the former scientists Sucharit Bhakdi and Stefan Hockertzboth of which warn of the dangers of mRNA vaccinations and are hardly heard in the mainstream media. The compulsory use of masks in primary schools was also strongly criticised. 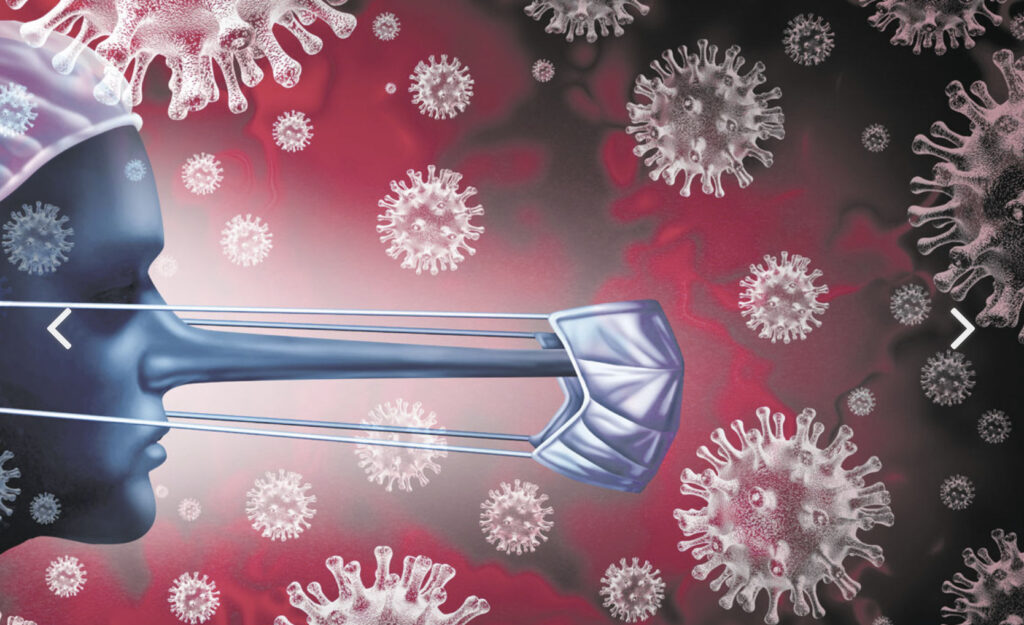 What the contents have in common:Today, they all have a hard time still being printed in the mainstream media. For months, parts of the media and politics have been doing everything they can to ban critical voices from the discussion. But those who don't adhere to the dictates of opinion get their due.

Basel Express editor Ruben Buchwalder recently felt the effects of this. In the latest issue of 25 May, he describes his own experiences. "On the one hand, I was surprised to discover that there are obviously many more people than is generally suggested in the leading media who do not feel at all represented and understood by the one-sided view of the media and non-transparent communication of politics" is Buchwalder's verdict. Around 90 percent of the feedback was positive.

But some readers didn't like the anti-government articles at all. They declared war on the newspaper. "What shocked me most was the 'quality' of the few, but all the louder, negative messages. Not a single one of them was factual or constructively worded.... Just name-calling, mockery, denigration and discredit." he describes the reactions.

Some outraged readers called on advertisers to boycott. "One even openly threatened to cancel planned purchases if he didn't distance himself from us immediately" the editor continues. Buchwalder wonders where the whole thing is supposed to lead.

In the meantime, individual advertisers had actually bowed to the pressure. "They are, however, very few" Buchwalder told "Friends of the Constitution" when asked. However, he also notes that some of the cancellations did not come from the advertisers themselves, but were in turn put under pressure by their own customers.

Until recently, the free newspaper was still published as a largely non-political local paper. However, because current political developments were causing Buchwalder increasing concern, he felt obliged as editor to leave the comfort zone.

Buchwalder on this: "Actually, we had no intention of leaving our editorial field of local reporting. But because of the ever more arbitrary measures, the ever more absurd-looking contradictions, the dangerous tendency for only one opinion to be published and for all critics to be denigrated as bloviators and radicals, we felt almost compelled to break this 'deafening silence'."

The free newspaper Basel-Express is published monthly in the Basel region. The latest issue of 25 May was distributed to 110,000 households. In addition to the conversation between Michael Bubendorf and Philipp Kruse, you will find numerous other interesting articles about the current political situation. Among them an interview with the UN Special Rapporteur on Torture Nils Melzer about the PMT law as well as an article by molecular biologist Bruno H. Dalle Carbonare, co-author of the retraction of the PCR test publication by Corman-Drosten.

The "Friends of the Constitution" are happy to recommend the newspaper, which is extremely worth reading. Because: just like many SMEs, the Basel-Express is currently suffering from the current economic situation. If you want to ensure that critical print newspapers will still exist in the future, you can order a subscription: Orders to abo@basel-express.ch or Tel. 061 721 99 02