The Friends of the Constitution are taking off again!

The programme was very tight. Fifteen agenda items had to be discussed and, for the most part, voted on. The eleven scrutineers, who were nominated with strong applause, had their hands full. 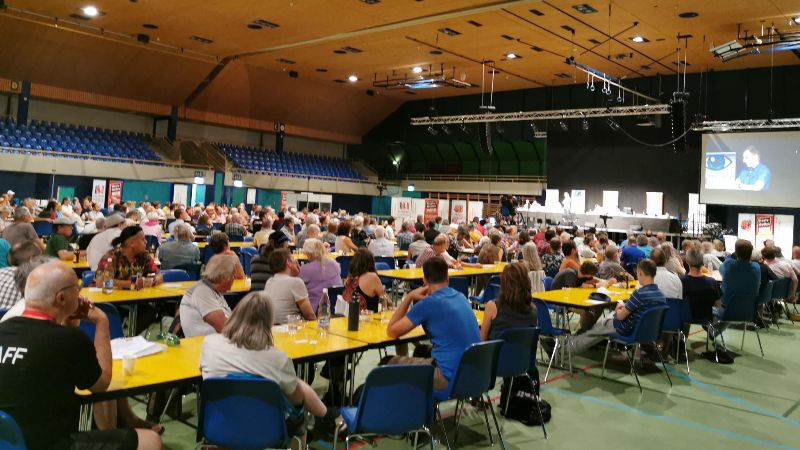 A motion initially adopted at the very beginning that the revision of the statutes should be postponed to another extraordinary general meeting was then subsequently withdrawn by those present in the course of the afternoon. Fortunately! Without new statutes, the Friends of the Constitution would have continued to be thwarted and blocked in their urgently needed activities.

As befits a lively association, the votes at the general meeting were sometimes quite controversial. That's good! We do not want a uniformity of opinions, but a democratically supported formation of opinion.
In the course of the afternoon, which became longer and longer, there were many motions on various agenda items, some of which were accepted and some rejected.
The annual report also met with dissatisfaction from two participants. One of the two amendments was accepted, the other rejected.

The emotional turning point was a personal and very moving speech by Marion Russek, the Co-President of the first hour. She told how she experienced the last two years and struck a chord with many of those present. They thanked her with prolonged applause.

As expected, the annual accounts gave rise to some discussion. However, after explanations by Marion Russek and Sandro Meier, the last doubts about the correctness of the money flows could be dispelled. It was accepted! With this, all insinuations that irregularities had surfaced in the donations are finally off the table.
It was also plausibly explained why we changed the auditing company after only two years. The owner of the company, who was present at the meeting, gave the reason himself: after a professional reorientation he had to reduce his workload.

Thus, the General Assembly granted discharge to the old Board, of which five members were present. A nice compliment for all the work done on a voluntary basis! 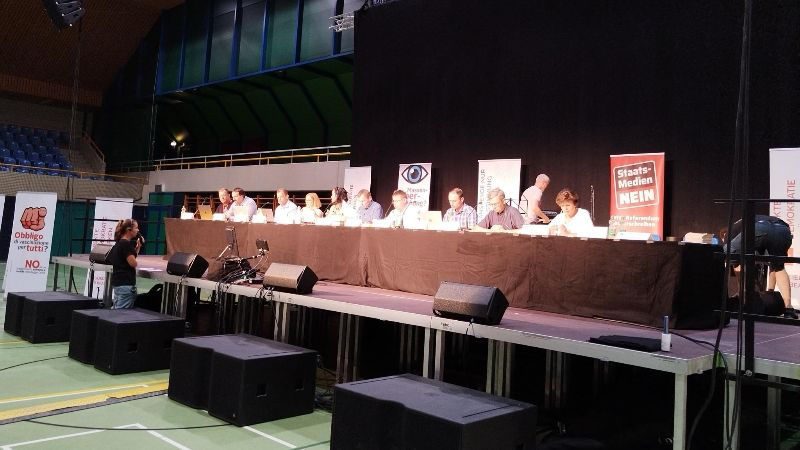 Our new Co-President Roland Bühlmann, who led the entire meeting with aplomb, then presented the programme of activities of the newly elected Board. Having been in office for only two months, the list was quite impressive.

The biggest chunk was probably the revision of the statutes! Very central: The regional group leaders are important pillars of the association and will be more involved in the future.

But also new topics that we constitutionalists are targeting, such as WHO activities, artificial intelligence (AI), digitalisation for the purpose of surveillance, all topics that sensitively affect our fundamental rights, were presented to the assembly.. We, the new board, are now highly motivated and look forward to tackling all these important issues with you, our members. Switzerland needs us!

In another agenda item, the AGM followed a motion of the Executive Board and called on it to, to launch a popular initiative ensuring Switzerland's sovereignty vis-à-vis the WHO. Thank you! Still so gladly, we will all fulfil this important political mandate together.

There were two models to choose from when revising the statutes: the members' model and the delegates' model. After a lively discussion with votes for and against, those present decided to meet again this year in the form of a general meeting. The delegate model did not find a majority.

No sooner had Roland Bühlmann announced the end of the meeting than long queues formed in front of the food counter. We were all looking forward to a cosy Z'Nacht. However, it was a great pity that about 100 people who had registered did not turn up. Food was also available for them and had to be paid for. Such a procedure is not fair to the members who have to pay for it with their donations.

Trust is often only talked about.
At this general meeting, those present also gave us their trust.
For this we say thank you very much!