The extension of the Covid certificate has been decided and will be in force from next week. A shame for Switzerland, but there is hope!

The extension of the Covid certificate has been decided and will be in force from next week. A shame for Switzerland, but there is hope! Never before has the civil rights movement been present so quickly and so strongly at a rally and sent such a clear signal for a truly solidary Switzerland. A Switzerland where everyone should have the same rights - regardless of vaccination status. A big thank you to everyone who took the time to come to Bern! 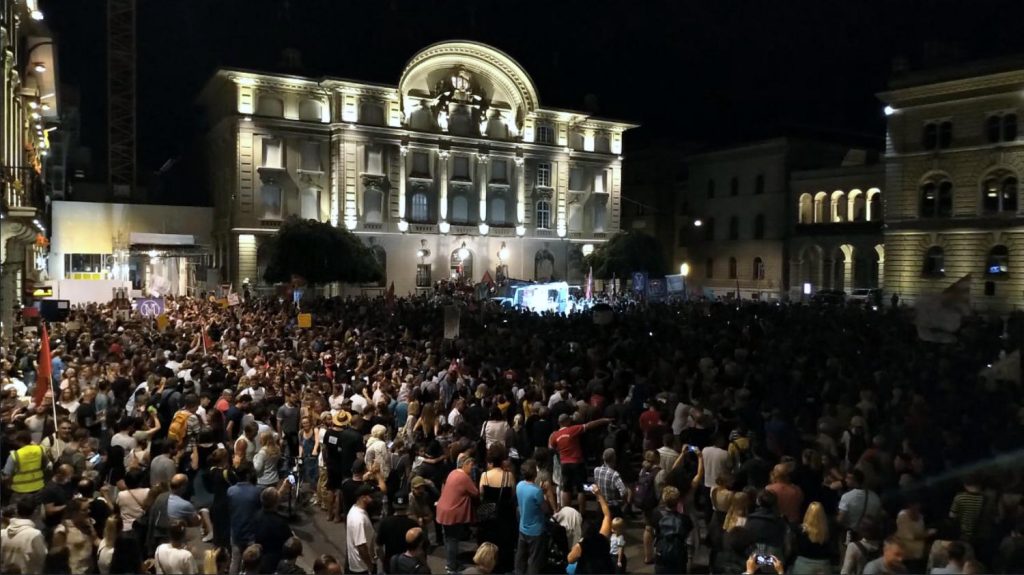 More than 15,000 people at a spontaneous rally on the Bundesplatz has not been seen for a long time. This is exactly the response that was needed and will be needed several more times until our government finds its way back to reason.

At this point, we would like to once again Trick of the PR Fairy Tale mentions that the unvaccinated are the drivers of the pandemic. In many places - e.g. in the University Hospital Zurich - only unvaccinated patients are still tested when they are admitted to hospital. Then, of course, it is not surprising that the unvaccinated are the most frequent group in the evaluation. After all, only unvaccinated patients are included in the evaluation! For this and on the staff shortages in the health sector two reports worth reading were recently published in "Ostschweiz".

During Wednesday afternoon, local radio stations tried to stir up opposition to the rally. Hourly news reports urged people to stay away from the demonstration. Obviously, broadcasters loyal to the government wished that only a few would heed the call to join the spontaneous demonstration.

Instead of the expected bad boys in black jumpers, who had already reduced the Bollwerk in Bern to rubble, the small counter-demonstration was primarily made up of post-pubescent schoolboys and girls, who were searching for identity and visibly green behind the ears, sticking their middle fingers up in the air in the direction of the demonstrators. Those who saw it felt a mixture of embarrassment and pity. Last but not least, a big thank you to the police, who conducted the event professionally, separated the riding school children from the adult citizens and thus contributed to a peaceful and successful evening. 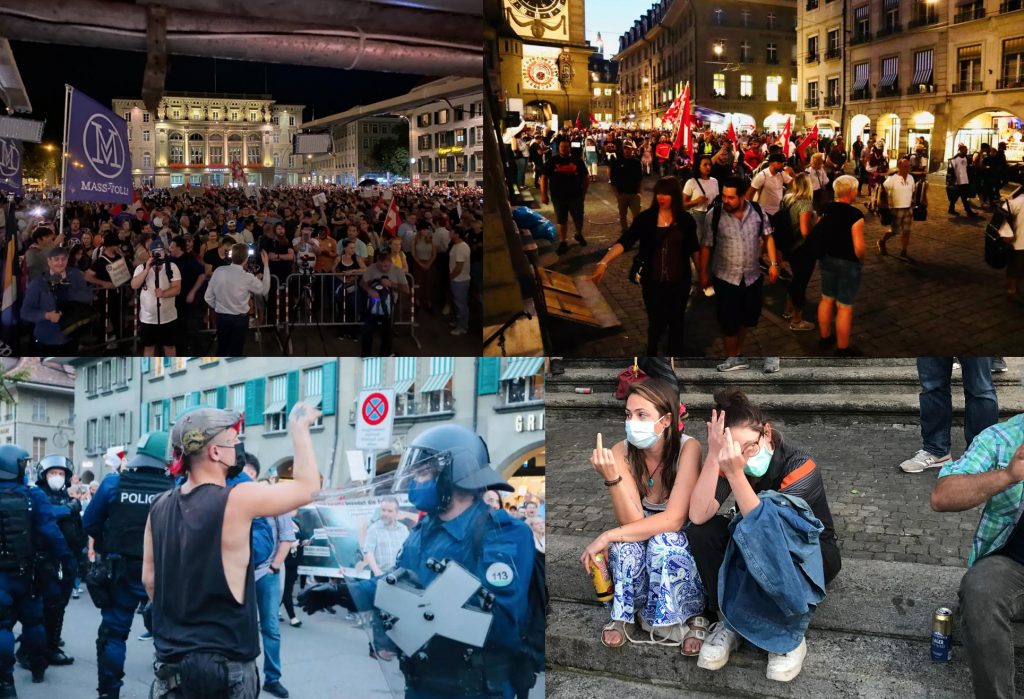 There are many of us and we have gathered strength in Bern to achieve what other countries have already done - we want to show the vaccination card the red card! Vaccination cards are banned in large parts of the USA and have already been declared unconstitutional in Spain. This is exactly what is overdue in Switzerland as well. We don't want a two-class society - all people are worth the same. We are all part of the human family - vaccinated and unvaccinated - and should respect each other and let each other live in freedom!

Fortunately, there is the possibility to correct the government's wrong decision, namely in the vote on the tightening of the Covid law on 28 November. After the last fundraising appeal, we were able to order over 10,000 balcony flags for the campaign, which will arrive at the beginning of October. As the order for large format banners and hollow chamber posters also needs to be triggered soon, we are happy for more donations.

Our goal is clear - a No vote at the ballot box at the end of November.