Fairness in the voting booklet

The Friends of the Constitution submitted the petition "Fairness in the Voting Booklet - Federal Council and Parliament Deceive the Sovereign" in Bern on 24 January 2022. Over 70,000 people are against the manipulative text in the voting booklet. 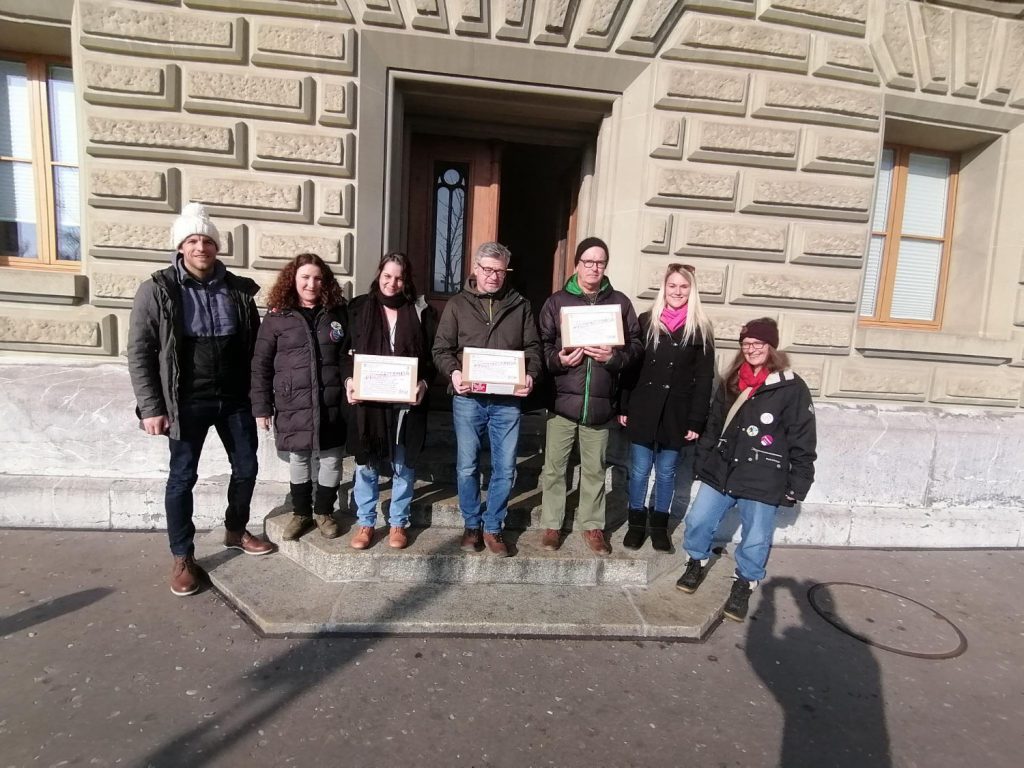 The text of the official ballot paper makes use of propaganda and mentions "hardship cases" and "childcare" above all, thus concealing the most important points of the new Covid law. The dangerous tightening such as the "comprehensive digital contact tracing", which in future will monitor every Swiss at every turn, the "legitimisation of the Covid certificate", which establishes the two-class society and the discrimination of the unvaccinated, and "the Federal Council's sole determination of Covid policy", which strongly violates the separation of powers, are not mentioned.

Demands of the petition

All justifications for these demands can be found on the Petition website set out.

Submission of the petition

The petition was handed over to the Federal Chancellery, Bundeshaus West, at 2 p.m. on 24 January 2022.