In the "Club" programme, I called for the abandonment of compulsory measures, regardless of infectious mortality. 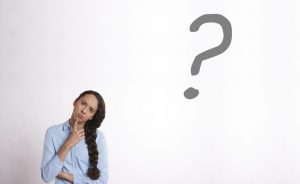 First of all, and to be clear, if I could save lives by giving up my freedom, I would do so immediately. But if coercive measures do more harm than good with an infectious mortality of 0.15%, then such measures make the situation worse even with a significantly higher mortality.

The fact that coercive measures cannot prevent the spread of the coronavirus has long been the subject of scientific debate. The "Great Barrington Declaration" of 4 October 2020, which calls for the abandonment of such measures, has been signed by more than 14,000 scientists and over 40,000 doctors worldwide.

The fact that coercive measures have a negative impact on people's health also becomes clear in a global comparison. Countries that rely on deprivation of liberty and coercion have not been able to contain the pandemic.

Regardless of how many people die, coercive measures will only make pandemics worse. Therefore, the use of coercion should always be avoided. Can't Blick, Tagesanzeiger and Basler Zeitung understand this? I think they can, but they don't want to. I believe that these newspapers are deliberately distorting my statements. They want to distract from the fact that tens of thousands of scientists and doctors hold exactly the opinion I expressed in the "Club".

System media in Switzerland are also afraid of being compared with those states that have had great success with their renunciation of coercion. No one should take note of the fact that states such as Florida, Texas, Sweden or, more recently, Great Britain, have opted for freedom and personal responsibility, with the result that people there are better off. Not only can such states show a decrease in hospitalisations and deaths, but the absence of "collateral damage" has a positive effect on people's health and well-being.

If it is up to the mass media, none of this should or should not be talked about in Switzerland. Therefore, mass media distort our statements beyond recognition and reinterpret them into the opposite of what was said. What interests the lockdown zealots are pursuing with their contempt for humanity remains unexplained. Their agitation certainly benefits the responsible politicians, the pharmaceutical industry, crisis profiteers and last but not least, these media themselves.