"The Federal Council and the cantons must now put all possible pressure on vaccination refusers."
This is what Denis von Burg, head of politics at Tamedia, writes. 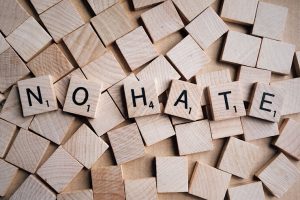 We have become accustomed to many things in the last year and a half. And yet the blunt hatred that Tamedia unleashes on all the inhabitants of Switzerland is frightening. The heavily rich media group is dropping all inhibitions, no longer leaving it at discrimination, incitement and defamation. It would be alarming enough for Tamedia to call every second Swiss person "slowpokes", "esoteric or ideological vaccination refusers" and, of course, lacking in solidarity. With the blunt call to also use violence against people who decide against the injection of an experimental pharmaceutical substance for personal reasons, Tamedia shows the true grimace of a reporting that is completely derailed and robbed of all humanity.

Tamedia has crossed a red line with these probably quite justiciable statements. It is time to put a stop to this hatred. Anyone who still subscribes to a Tamedia product today should at least withdraw the funding for this agitation. We are convinced that the vast majority of vaccinated people also reject the use of "any" means of pressure against other people. Anyone who is of this opinion should immediately cancel all subscriptions to a Tamedia product. These include the Berner Zeitung, the Basler Zeitung, Der Landbote, Der Bund, Schweizer Familie, Finanz und Wirtschaft, the SonntagsZeitung and the Tages-Anzeiger.

The Friends of the Constitution continue to advocate that every person in Switzerland should be allowed to decide for or against medical interventions without applying pressure. The hatred that Tamedia pours unrestrainedly on the people of this country has no place in Switzerland.