Newsletter of 30.7.21 "Two Anniversaries - A Look Back and A Look Forward"

A statement from the author Markus Häni

There were some critical reactions to the penultimate newsletter from members who took offence at the phrase "left-green gender hysteria". I have gratefully taken on board the criticism from these people and would like to comment on the words I chose. 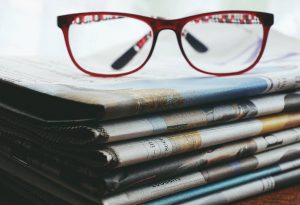 I was given the task of writing something about the themes alluded to in the title. The draft was proofread by a woman and a man without any objection to the words. However, the content of the newsletter is my personal opinion and does not reflect that of the Executive Board. I did not research why there was a federal celebration for women on the Rütli, that was not careful enough. Perhaps I would have formulated the sentence differently. Of course I am happy about the women's suffrage and all the many great women in our movement, some of whom I know and with whom I have a good relationship. I use the word "left-green gender hysteria" to refer to the prominence of so-called women's issues in political discourse, which give me pause for thought because, in my opinion, they distract from more essential problems. We discuss gender-appropriate language and the position of transsexuals, organisations that take care of women's issues are generously funded with tax money without having to show target agreements and concrete concepts, and at teacher training colleges hair-raising theories about gender as a social construct are disseminated in a completely unscientific manner with the intention of convincing prospective primary teachers of this and imparting this "knowledge" to the next generation. I think it is just as wrong to exclude men from a federal celebration at a time when fear-mongering Corona politics are deliberately dividing society as it is to discriminate against the unvaccinated. Of course, by choosing a political fighting term, I somewhat unreflectively supported the idea of division; it was an expression of frustration that has nothing to do with injured masculinity. A woman is also not hysterical or to be put into a party-political pigeonhole if she was on the Rütli. Moreover, I am aware that the word hysteria rightly triggers hurt feelings in women, historically. In this respect, I can apologise for using this word, but I stand by my basic opinion. It is a verifiable fact that the policies described above are mainly dictated by the left and green parties and attack the important institution of the family.
Markus Häni, Board of Directors Friends of the Constitution