Without cash money, neither freedom nor resistance is possible

Since the Full Money Initiative 2018 that electronic money is "fake money", I only pay my taxes with the only legal means of payment (Art. 99 BV): cash. The democratically non-legitimised powerful people of the world from the WEF or the "Better Than Cash Alliance" want to abolish cash as quickly as possible. The head of the BIS (central bank of all central banks based in Basel) keeps saying that he wants digital central bank money AS A SUBSTITUTE - not as a supplement - From cash sees. He goes on to praise the potential for surveillance and control that digital money offers. How healthy and how democratic are such statements from non-elected managers who - thanks to Swiss federal councillors - can entrench themselves in extraterritorial towers, are legally immune, do not have to publish minutes of their decisions and pay ZERO taxes? 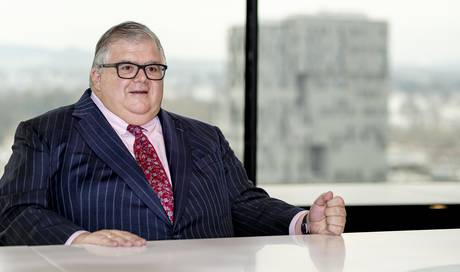 Augustin Carstens, Head of the Bank for International Settlements (BIS)

The last time I paid taxes in my municipality with CASH, the young lady behind the virus-proof glass window put on a weary smile. She said that electronic payment had always worked for her without any problems. I asked if she had heard of the "Freedom Convoy" - resistance to coercive state measures in Canada. "Have you heard that thanks to extreme police violence and state-imposed account freezes, the resistance of 10's of thousands of lorries with their crew could be stopped?" - "Such measures can never be implemented in Switzerland," the lady said while giving me the receipt. Would she have thought 3 years ago that people in Switzerland would be grounded and 7-year-olds would have to wear masks to gym class, I asked back. "No", was her answer. 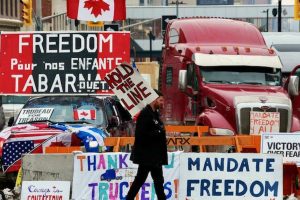 In Canada, tens of thousands of lorry drivers demonstrated for weeks against the government's C compulsory measures. Roads and squares were blocked by the "Freedom Convoy". Many people sympathised with the heroes of the road and donated money. Millions were collected. Then the government declared a state of emergency. The police were extremely brutal against their own taxpayers.  In addition, people who did not obey their word were sanctioned with heavy fines and penalties. People who demonstrated peacefully were redefined as dangerous monsters.

Accounts - e.g. of Paypal, of private banks and even of cryptocurrencies - are frozen by state order.
The power of the WEF's apprentice -Trudeau - reaches so far that private companies block recipient accounts. 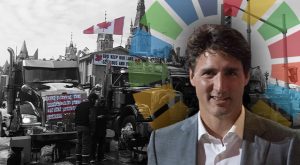 People who support the resistance also have to expect that their accounts will be frozen or that they will be visited by the police. Those who withdraw too much cash also face having their accounts frozen, as the government has to prevent a run (many people withdrawing their money in cash at the same time) because otherwise the banking system will collapse.

If we study the WEF's "Great Reset" plans, it becomes clear that by means of 5G (Internet of Things) and AI (Artificial Intelligence), the trucks of the future will be on the road without a crew. Resistance to arbitrary state power will then be much more difficult than it already is: robots do not demonstrate!

Let us be aware: The abolition of CASH money (CASH = TRUE) and the total verSMARTisation of our lives promote modern enslavement. If we do not now vehemently, peacefully and creatively resist these plans of the non-elected bureaucrats, then "freedom" will only exist in theory: Obey and salute the Gessler hat! Only then will you be allowed to go to the supermarket...

https://apolut.net/kanada-und-paypal-zeigen-wie-die-totalitaere-zukunft-ohne-bargeld-und-mit-impfpaessen-aussieht-von-norbert-haering/ (this contribution from Norbert Häring goes into the depths)