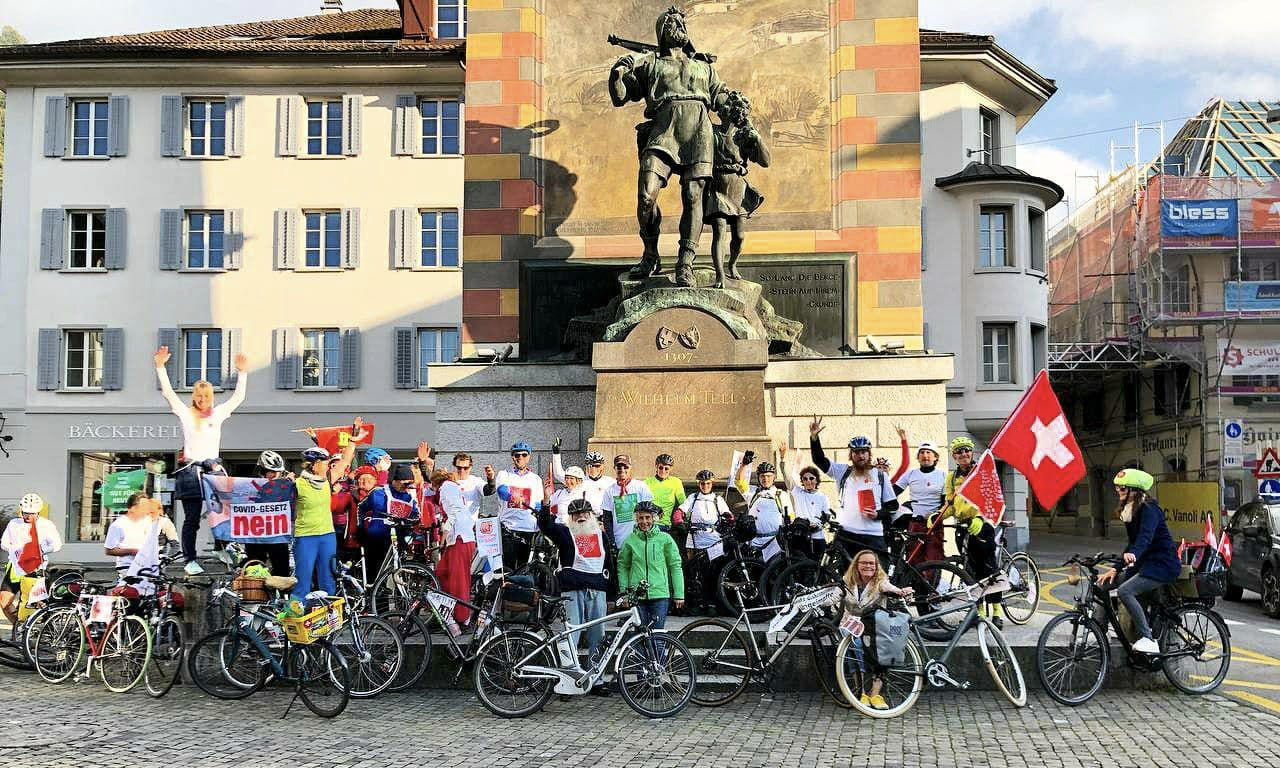 Last Sunday, 10 October, swung 61 Friends of the Constitution and rode together around Lake Lucerne. The weather was kind to the committed activists, and the foggy cold gave way to warm autumn sunshine in the afternoon. Dressed in bike shirts printed with campaign slogans for the vote on 28 November, equipped with cowbells on the steering wheel or on trailers, pennants, posters and stickers on their bikes, The Corso made its presence felt visibly and audibly: from Stans to Lucerne, after a detour into the hollow alley near Küssnacht via Weggis, Vitznau and Gersau on to Brunnen, finally to Altdorfwhere pumpkin soup, bread and sausages fortified the arrivals on a farm. Wherever the train stopped, the shout of "Liberté" rang out loudly and courageously, spontaneous applause from passers-by could be heard as well as joyful honking on the busy Axen road. From Lucerne to Weggis, the happy cyclists were also accompanied by a police vehicle, and the officers were able to see for themselves that the corso was obeying the traffic rules. The Video report you will find here and here

The successful event was rounded off by a spontaneous action at the farm in Altdorf: some Freedom Strychler and those who became so for that moment, gave positive energy to all present and to the court with the sounds of the bells, so that the evil spirits of the madness of measures might finally be driven away.

The event was super organised, a Peaceful and strong sign of people, which is for an open, self-determined society, against discrimination and division of society even though not all of them were experienced cyclists. A big thank you to the two organisers and athletes, Christin and Matthias. Such actions show the spirit of our movement: Committed people with heart, courage and creativity who stand up and stand out for a better Switzerland and who are happy to leave their comfort zone to do so.

Interested in more Velocorsos can be found in the Telegram channel organise another rally is planned for the Rally planned for next Saturday, 16 October, in Rapperswil.

Board Friends of the Constitution 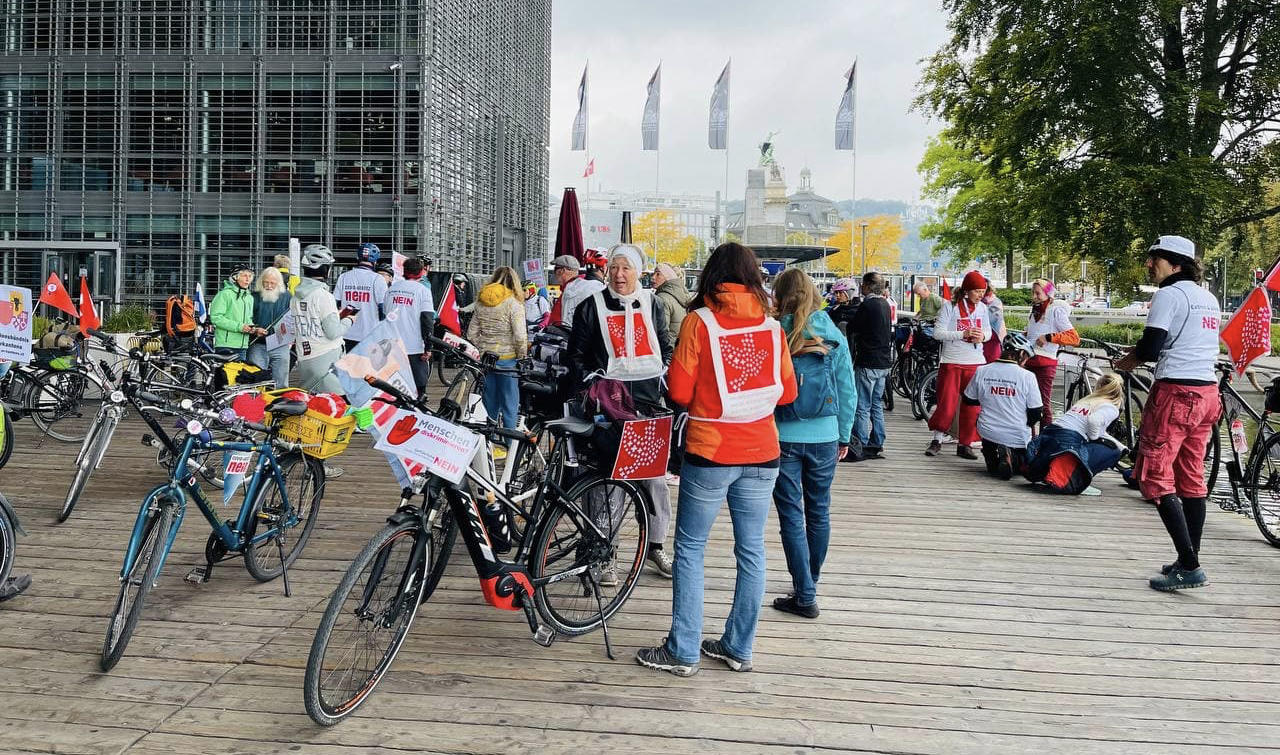